Easter Island is the Earth’s most remote inhabited island, 1,400 miles from its nearest island neighbor. At one time, though, a complex civilization existed there, as evidenced by the mysterious monuments they left behind — some of them weighing more than twenty tons. Yet when European explorers first arrived at the island in the 19th century, they met only some two thousand inhabitants, with technology no more advanced than simple reed canoes, on an island barren of trees and animal life. How were the huge statues built — and what became of the builders?

In the 1950s the celebrated reed-and-balsa mariner Thor Heyerdahl sought to prove the statues had been built by visiting Egyptians by way of South America. Yet the Easter Islanders’ language and culture is recognizably Polynesian and there is no evidence of western influence. 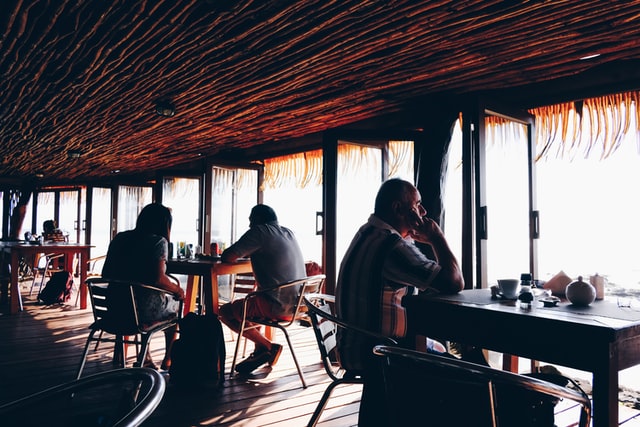 New paleontological techniques are yielding an answer. It turns out that Easter Island was not always barren. Indeed at one time it was every inch a South Pacific paradise, endowed with many species of trees, flowers, animals and birds – and vigorous, seafaring humans by the tens of thousands. The evidence also shows how those people cut down all the trees, killed off all the animals, destroyed the bountiful resources upon which their economy was based, and turned to warfare and cannibalism. Finally in the nineteenth century, rival clans cast down each other’s stone statues, and the decline and fall of Easter Island’s culture was complete.

None of this can be attributed to anything so simple as overpopulation. The Islanders devoted huge resources to endeavors that were not needed for survival – and clearly they were not always isolated on that island. No, the disaster can only be attributed to a tragic confluence of short-sighted vested interests: a “tragedy of the commons” inside what became (after all the trees, needed to build ships, were cut down) an inescapably closed system. Like planet Earth today.

What moral does the story of Easter Island carry for us today? It is not – as may seem likely – that population growth is leading us to disaster. Easter Island’s civilization was not brought down by overpopulation. Neither was Roman civilization nor, demonstrably, ours today. Many of the world’s poorest nations are net exporters of food; many of the world’s wealthiest cities teem with hungry children.

No, it is not overpopulation that creates hunger and poverty, it is the hoarding of land by private profiteers at the expense of the rights of all. This message – that the private ownership of land ultimately brings ruin on rich and poor alike – is both urgently needed and maddeningly hard to get across. But the shape of the alternative can been seen in tumbled statues and forlorn, grassy hills of Easter Island.