Now and then I am forced to step back and realize that there are things in our modern economy, things we pass by every day and barely give a second thought, which are actually mind-bogglingly absurd. I’m serious; Caligula’s horse in the Roman Senate seems tame compared to some of this stuff.

I happened across an article this morning about the urgent need for a “steady-state economy” — a sustainable economic order that doesn’t destroy more than it creates. It’s a reasonable-enough thing to ask for. The basic problem, from this point of view, is our headlong pursuit of “economic growth” above all other sensible goals.

I tend to have a sort of knee-jerk “economist’s” response to formulations of this sort; I’m fond of saying that the steady-state view misdefines economic growth; that true growth is about increasing our satisfaction, not just our pile of stuff; that aggregate illth must be subtracted from aggregate wealth to accurately measure progress, and that, hey, there are all these hungry people, so how can they be so callous as to proclaim that growth must now end?

And I don’t entirely disavow the above statements, but… this morning I started reading up on the ethanol industry in the United States. Now, I already understood that ethanol was counterproductive, a boondoggle; one might even call it silly, but: Oh. My. God. 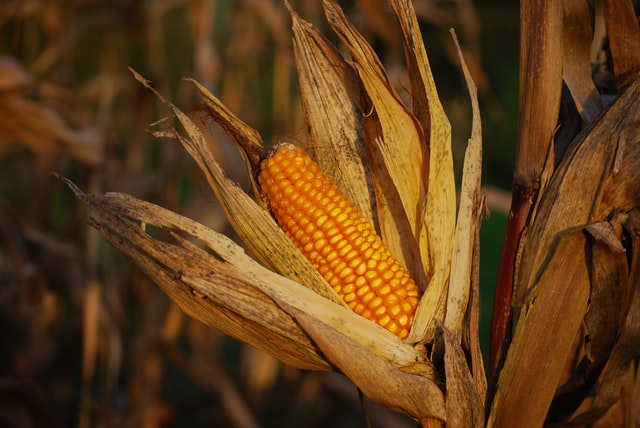 Let me give you a few numbers. In the United States, we grow a great deal of corn. Last year, 2013, was a good year, yielding a record US corn harvest of 13.99 billion bushels. The percentage of the US corn harvest used for ethanol production has varied between 30 and 40 percent in recent years. Exact estimates vary with commodity-price fluctuations, but let’s estimate the current figure at a middling 35% — or, in other words, last year 124,369,228 metric tons of corn was turned into ethanol in the United States.

Seems like a lot? It is a lot. The average 18-wheel semi truck can carry about 24 tons of corn. That means that the amount of corn we turned into ethanol last year could be carried in a bumper-to-bumper convoy of semi trucks 68,700 miles long, which would encircle the earth a bit more than two and a half times.

Another way of visualizing this would be to note that the amount of corn the United States turned into ethanol last year is five times the total amount of corn that Mexico grew. Mexico is the world’s fourth-largest corn producer.

The original rationale for supporting the ethanol “industry” was that it is a renewable fuel. As it grew, in the fertile fields of our Great Heartland, its leaves would be sucking up the CO2 of previous burnings. It would simultaneously lower greenhouse emissions and decrease America’s dependence on foreign oil! Surely this merits a generous subsidy, yes? (Also, the presidential primary season always begins in Iowa.) Over the years, ethanol has received tax credits, tariff protections, and a legal mandate that motor fuel contain a certain percentage of the stuff.

It isn’t at all clear that the use of ethanol has any environmental benefits. The corn plants’ usefulness as a carbon-sink is weakened by the large amount of artificial fertilizer used to grow them. Furthermore, devoting more and more fields to corn creates incentives for other crops to be grown on marginal fields, often newly carved out of grasslands or forests, which had been much more efficient carbon sinks than the croplands that replaced them. Studies estimate the greenhouse-gas balance of ethanol to be a wash, or worse.

Also, the vast, subsidized demand for more and more corn creates a glut of corn for other unhealthy uses. It makes animal feed far cheaper than it might have been, creating new markets for unnaturally cheap, unhygienically and inhumanely grown meats. And, for each of the last fifteen years or so, we have been producing around nine million tons of high fructose corn syrup, to pour down the gullets of our increasingly obese, unhealthy children.

Friends, to make a long story short: when I hear about such monumental levels of sheer WASTE, I start believing that a steady-state economy — not one of chauvinistic austerity, but a real one, a politically and morally feasible one, with widely-shared prosperity — is actually achievable.

Harry Pollard, the venerable Georgist teacher, is fond of provoking students by asserting that it would be better to collect all of society’s land rent and throw it in the sea than not to collect it at all. Now, Harry wasn’t advocating throwing all that wealth into the sea. He was pointing out that the destructive effects of land monopoly and speculation are very great indeed, even greater than the revenue the single tax would bring in.

This corn business has made me realize that Harry Pollard was pointing out something else, too: the sheer, huge, mindbending all-pervasiveness of the land issue. Sometimes, in order to wrap your mind around something, you have to step way, way back and look at as big a picture as you can get to fit. The United States currently devotes about 53,000 square miles of farmland, an area about the size of Iowa, to the production of corn for ethanol. Would we be better off if we’d let that land lie fallow? You bet we would!

Look Upon My Works, Ye Mighty, and Despair! 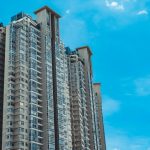 A Condo in the Sky