We have all been inspired, from time to time, by the moving statements of Native Americans, and other aboriginal speakers, about their deep and abiding relationship with the land. Here’s one:

What is this you call property? It cannot be the earth, for the land is our mother, nourishing all her children, beasts, birds, fish and all men. The woods, the streams, everything on it belongs to everybody and is for the use of all. How can one man say it belongs only to him? — Massasoit

We like that; it echoes feelings we had as kids. Why should we not be allowed to walk across an imaginary line? The earth belongs to everybody — and nobody should be allowed to dump toxic crap all over it!

I’ll bet you can remember — I sure can — coming across “No Trespassing” signs and annoying your parents about them. “Why can’t I walk here? I’m not gonna hurt anything!”

This seemed to make sense to grownups. Grownup sense. Woody Guthrie didn’t quite get it, either (but then, he never really achieved bona fide grownup status, did he?):

As I went walking I saw a sign there
And on the sign it said “No Trespassing.”
But on the other side it didn’t say nothing,
That side was made for you and me.

Crazy Horse put it bluntly: “One does not sell the land on which people walk.” It’s that “does not” that makes his statement poignantly militant. It’s a very different thing to say, “One should not.” One does not: selling the land is unthinkable in any kind of human society that hasn’t utterly lost its way.

But — of course one does sell the land; it’s the basis of the entire financial system of a modern economy. Secure, transparent rights to private ownership are seen as essential to economic development. In areas where land ownership is ambiguous, where fee-simple ownership intersects with traditional tenure systems, where deeds are inconsistently (or corruptly) registered, trade and development are severely hindered. It makes grownup sense. 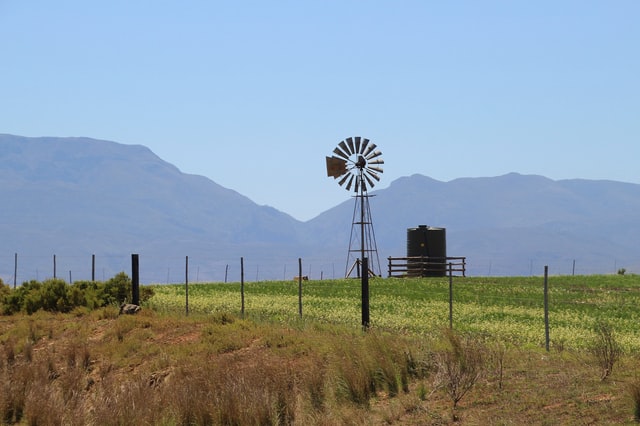 Efforts to find something better than private ownership haven’t generally gone well. Farm collectivization in the Soviet Union, for the most gruesome example, was bitterly resisted by the peasants. After World War I, Lenin’s New Economic Policy increased farm production by allowing farmers to sell what they could produce in excess of official quotas. Stalin, impatient to fuel large-scale industrial development, wanted the peasants to work not for themselves, but scientifically, with modern equipment, for the Fatherland. After Stalin introduced large-scale collectivization in 1929, food production in the Soviet Union fell sharply, and the whole enterprise killed between 10 and 12 million people. 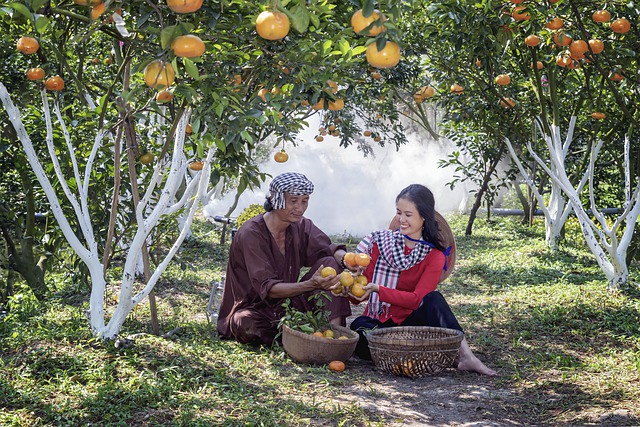 In China, though collective farming had a more promising start, it brought about an even bigger debacle. In the mid-1950s, collective farming was introduced on a voluntary basis. After the Chinese revolution, some 50% of Chinese cropland was seized from landlords, without compensation, and distributed to peasants. To advance beyond primitive farming methods, the peasants were encouraged to form cooperatives, often of the 100-200 households that made up a village. This helped; under this system, farm production increased modestly. But, the collectives were still too small to tackle large-scale infrastructure projects, such as irrigation canals or dams. In 1958, as parts of it “Great Leap Forward,” China reorganized farms into much larger communes. All farm production was on behalf of the entire society, and the (meager) pay of farm workers had no relation to their productivity. Food production fell drastically, and some 30 million people died.

Various desperate modifications were made, over the next two decades, but the communal farm system tottered on in China even after the death of Mao Zedong in 1976. After farm production stayed essentially flat for four years in the late 1970s, the Chinese government began to allow more individual control over farmland, and yields slowly increased. However, farming in China is still much less efficient than in many of its neighbors. Land is still owned at the level of the village, not the individual family, and cannot be mortgaged. This means that farmers’ access to credit is very limited, and thus there is little opportunity to acquire the capital farmers would need to become more productive.

John-Boy: Grandpa, do we got something to show we own Walton’s Mountain?

Grandpa: You can’t own a mountain, any more than you can own an ocean or a piece of the sky. You hold it in trust. You live on it, you take life from it, and once you’re dead, you rest in it.

That’s the kind of ownership we want, is it not? The Waltons represented an American archetype: self-reliant, honest, close to their land. This myth, of the plain, industrious American farmer, lives on, serving to obscure the unfortunate fact that there are very few of such farm families left. American agriculture has undergone a collectivization of its own. Unlike the commie versions, ours was fueled by the profit motive (and lots of petroleum) — so, yields have gotten bigger and bigger. Once-happy farmhouses are now just creaking husks in the collective fields. Crops are gene-engineered, fertilized and mechanized, gathered by thundering herds of harvesters, each of them piloted from air-conditioned, wifi-equipped cabs. It’s a great system — if you really want to grow a LOT of corn, and aren’t concerned with external costs. In 2013, the United States burned 40 per cent of its humongous corn crop. That’s right: burned it — in the form of ethanol — a boondoggle, whose net environmental effect is negative.

A movement is growing in opposition to the inhuman destructiveness of factory farms. More and more people are coming to understand that locally-grown food, produced without genetic manipulation or petro-fertilizers, raised on labor-intensive farms by people we know, is much better. But, alas, it is much more expensive. Farmers’ markets and local-food coops are growing — but they still make up a minor portion of our overall food market. And, there are a great many areas that are not reached by such wholesome trends. They’ve acquired a name, too: “food deserts” — dystopian zones where the only vegetables to be found are in cans of soup.

In our mad scramble to get on top of one another, how little do we take of the good things that bountiful nature offers us! Consider this fact: To the majority of people in such countries as England, and even largely in the United States, fruit is a luxury. Yet mother earth is not niggard of her fruit. If we chose to have it so, every road might be lined with fruit-trees. — Henry George

Yes, but still, these visions of sharing the bounty of nature, of roadside apples for the masses, of picking up after ourselves and not coveting our neighbor’s goods — these are childish things. Must we not give them up, if we are to have a career, a mortgage, a grown-up life?

Still, those statements of old wisdom haunt us. They make a whole lot of sense, and they articulate truths that, for all our hardnosed adult realism, we can’t quite bring ourselves to deny. Well, I can’t, anyway.

My reason teaches me that land cannot be sold. The Great Spirit gave it to his children to live upon. So long as they occupy and cultivate it, they have a right to the soil. Nothing can be sold but such things as can be carried away. — Black Hawk

I also think that the worldview articulated by aboriginal folk is by no means as childlike as we would like to think. Native Americans, like indigenous people on every continent, had well-ordered, sophisticated civil and political cultures centuries before they ever encountered Europeans. Not only that, most Europeans’ first encounter with natives was not with the people, but with their goods, which were widely traded. Native Americans rolled their eyes at the first bands of hapless European settlers who came to North America. They didn’t know how to farm, or build sensible structures. In the winters, they would have starved and frozen without the people’s help. They thought they could trade useless bits of metal for real goods, without even a word of greeting. They were totally unaware of the need to exchange food, gifts and conversation before entering into any binding agreement. They were laughably clueless.

I have long (and longingly) wondered what would have happened had the Indians of North America’s Eastern woodlands not been decimated by an onslaught of diseases to which they had no immunity. The plagues they endured weakened them in every way. Even by the end of the eighteenth century, so many had fallen that old nations no longer could be sustained; the Europeans negotiated with shifting, ad hoc alliances made up of what was left of once-strong tribes.

Had that not been the case, there would not have been a military and political vacuum to bestow upon Europeans what they came to call their “Manifest Destiny.” Native American nations would have been a political force with which the settlers would have had to negotiate — or fight — in earnest. I am tantalized to consider the North American history that would have resulted from such a beginning. It might have — it just might have — provided us with a valid connection between two apparently antithetical insights: the native understanding that we belong to the earth, and the modern wisdom that individual initiative, set free, can create social wonders.

However that may be, I think it behooves us to consider these words of Thayendanega (Joseph Brant):

Among us we have no prisons, we have no pompous parade of courts, we have no written laws, and yet judges are as highly revered among us as they are among you, and their decisions are as highly regarded. Property, to say the least, is well-guarded, and crimes are as impartially punished. We have among us no splendid villains above the control of our laws. Daring wickedness is never suffered to triumph over helpless innocence. The estates of widows and orphans are never devoured by enterprising sharpers. In a word, we have no robbery under cover of law.