The most recent chapter of Israel/Palestine violence got me thinking about the question of sovereignty. It’s all around the discussion, of course: about Israel having a sovereign right to defend itself against attack, and about the various levels of sovereignty a Palestinian state might enjoy.

What is it about, anyway, this crazy little thing called sovereignty? It definitely has to do with power and control. Though a sovereign nation can be overpowered, or occupied, or post-colonized, or whatever, the decisions it makes aren’t, supposedly, subject to contradiction.

Sovereignty is secured through power; there’s no getting around that, but many people have felt, for quite a while, that it really ought to have some form of

legitimacy, too. What constitutes this legitimacy has gone through some evolution. At one time, it was thought to be given by God (some still make this claim). After a while, Divine bestowal of sovereign power came to be vested in a series of hereditary monarchs; this seemed to confer a certain predictability to an essentially mysterious process. In the minds of the Enlightenment philosophers, sovereignty came to rest for a time (perhaps forever?) in the incontestable, and infallible, will of the people. Thomas Jefferson was a fan of this notion, writing that governments are instituted to secure the people’s inalienable rights, and that their powers — if they are just — are derived from the consent of the governed.

This raises many questions. Who are “the governed”? How is their consent to be sought and ascertained? How, and where, and in what ways are they to be “governed” — presumably through the exercise of the sovereign powers of a “government” which the people have chosen? 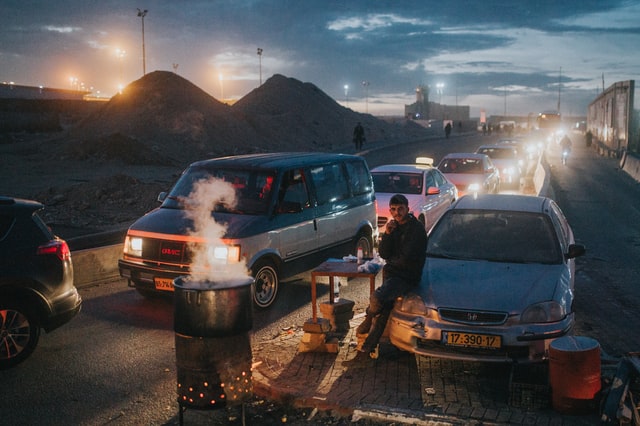 One thing we can see right off the bat is that for there to be any “governing” of “the governed,” the question of jurisdiction must be addressed. Some hardcore anarchists might consider individuals to be sovereign, but most of us see the question of sovereignty as a community matter. And while, someday, a global sovereign government may arise, this has not happened yet (for good, or ill). This means that our concept of sovereignty is inextricably bound up with the idea of nationhood. Now, whatever a nation really is, in spiritual or cultural terms (a holy covenant? a community brought together by its victimhood? a romantic generational consciousness, such as the “Woodstock Nation”?) a de facto nation in the real world is always a matter of jurisdiction over a (more or less) defined portion of the planet: a territory — a piece of land.

All right: so a nation amounts to a (theoretically) incontestable jurisdiction over what people can and cannot do on a piece of land. But, nations have various degrees of power, and various degrees, alas, of legitimacy. Governing a nation is a tough job. If the nation is not powerful enough, it may fall to conquest by external powers, and if it is not legitimate enough, it may succumb to internal revolutionary forces. Its just powers, Jefferson tells us, are derived from the consent of the governed — and it wields those powers through the process of creating and enforcing laws. Does this mean that if a majority of a nation’s citizens decide, through some representative process, that slavery is OK, then slavery is OK? Well, it’s legal, anyway; fee-simple private ownership of human beings was legal in the United States for 75 years.

Now, if we think about it for a while, I imagine we can all agree that Job #1 for any nation is the administration of its territory: its boundaries and their defense; the duties and prerogatives of states, municipalities and other lesser jurisdictions; and — most important — what people can do with that territory: what rights they have to its possession and use, and (since nothing can be produced without using land) what rights they have to the things they make from, and on, the nation’s land.

Well, fine, OK — all of this sounds so commonplace as to hardly be worth mentioning. But, when we start to think about how these issues play out in the real world, we find some astounding breaches of logic.

For example, it’s often said, these days, that nations are yielding up their sovereignty to the forces of big business. One way this is accomplished is through international “trade” agreements, agreed by their participants to have the force of law. Thus, nations are persuaded to do without environmental or worker-safety regulations that their duly-elected legislatures would have qualms about yielding, if doing so required public debate. Often, the governed give their consent simply by failing to withhold it. I wonder how many citizens in struggling, export-dependent poor countries have any idea what prerogatives their “sovereign governments” have given away in order to stave off trade sanctions.

But it’s not just the poor countries that are “yielding up their sovereignty” to multinational corporations — oh, no! Lots of people in the Great and Powerful USA are deeply exercised about the increasing ease with which corporations reconfigure their profits into other jurisdictions to avoid paying “their fair share” of US taxes. Have the governed given their consent to that? In so many words, yes; the Emperor, in any case, has made it legal.

If Job #1 of a nation is to administer its territory, what can we say of a country that allows foreign investors to hold hundreds of thousands of hectares of that territory entirely idle, while its citizens have no place to make a living? If that land’s value were collected for public revenue, would it be withheld from those workers who desperately want to use it?

Furthermore, if a corporation is making “obscene” levels of profit in the United States and then paperworking them into another country to avoid taxes, well — did it not need land, locations and natural resources, to undertake the activities that created those profits? Did it fully compensate the community for the privilege of exclusive access to the land it used?

Any nation that allows fee-simple ownership of land has already — long since — yielded up its sovereignty to private interests. These current “sovereign giveaways” are just minor embellishments. This is no less true of Israel than it is of any nation in the world today — including, one can’t help but suspect, any sovereign Palestinian state that may emerge.

People sometimes accuse Georgists of giving disproportionate weight to the question of land ownership — but it seems to me that many, many people, just about everywhere, for a great many compelling and pernicious reasons, downplay and avoid it.