Every now and then the threat of a new new Walmart will arise in our local struggling postindustrial city, and a dogged crew of well-read, well-fed progressives will turn out to oppose it. Perhaps the Big-box juggernaut will be thwarted for a time — even though a majority of the city’s struggling postindustrial people may actually welcome it, and even those who grumble about it will, in fact, end up shopping there (especially if their growing children need school clothes). Also, a job at the new Walmart, combined with various government programs, will yield a subsistence wage. Walmart never seems to have trouble finding workers. Of course, these are “entry level” positions — slightly better than no job at all, which we must assume is what those workers had at the time.

I wanted to talk today, not about Walmart, but about the Trans-Pacific Partnership — though there are connections; most of the things sold at Walmart couldn’t possibly be sold at those prices, were they made by US workers. This occasions, in many of us, the sort of discomfort I felt when I discovered I had purchased (at Walmart) blue jeans that were made in Bangladesh, possibly in the very same plant that killed all those workers last April.

Economic theory tells us that quality is in the eye of the beholder (or in other words, value is a subjective perception of the consumer). One aspect of goods’ quality, in this day and age, is one’s confidence that they were made safely, of non-toxic materials, by adult workers who were paid a living wage and weren’t, y’know, victims of negligent homicide. We are willing to pay more for such goods. I thought I’d gotten a bargain with the Bangladeshi Levis, but as it turned out, I really, really didn’t. Though US-made Levis are out of my price range, spiritual and moral quality is indeed part of what consumers pay for, and I expect to pay a somewhat higher price for my next pair of jeans. 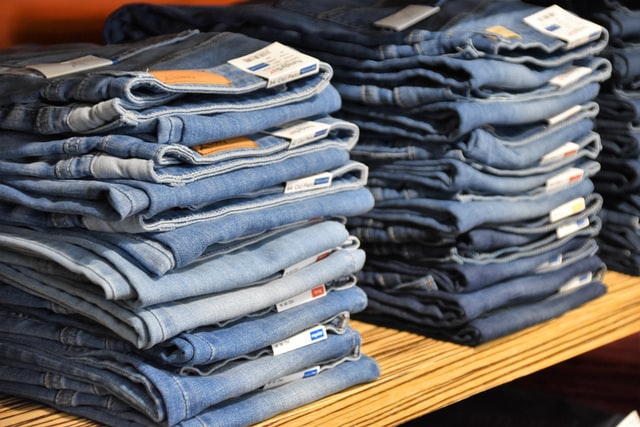 International trade pacts such as NAFTA, the various rounds of WTO and now the TPP can be seen as sleights-of-hand designed to make us believe the goods we’re buying are better, in that moral and spiritual sense, than they really are, sort of a Chinatown Fake Rolex kind of deal. Our progressive friends are quite right when they point out that such deals make cynical use of backroom politics to erode nations’ environmental and worker-safety standards. I’m reminded of the Foxconn electronics plant that installed nets to catch the suicidal workers jumping from the upper floors. China, by the way, isn’t part of the Trans-Pacific Partnership; indeed, the TPP seems to be an attempt to mitigate the hegemonic might of China’s export sector.

I can’t help but notice a certain weariness among the anti-TPP folks, akin to the fatalistic staunchness of our local anti-Walmarters. Chances are they’re going to do it anyway, and it’s going to be successful. Though, to be fair, we do sometimes hold off the Big Box, and trade pacts don’t always thunder through on the Fast Track. The Multilateral Agreement on Investment (MAI) was too foully evil to stand, so far at least, and the Doha Round of WTO also failed. Not only that, the reigning knuckleheads in our House of Representatives will probably oppose fast-track authority on TPP, simply because our “socialist radical” president has asked for it.

This is all more confusing than it needs to be. For one thing, the simple idea of free trade has been mistakenly tarred with the brush that’s deserved by craven political deals in service of monopolists. Don’t get me wrong, “free trade pacts” like NAFTA, WTO and TPP are full of such things. Free trade itself, on the other hand — the simple removal of tax penalties on goods produced in other places — isn’t a bad thing. Trade of goods is part of their production. Free trade is something that makes production more efficient, just like automation, economies of scale or quality roads and schools. Productivity-enhancers like these make things better for all of the world’s landowners.

Uhm, say again!? No, you heard me right. That’s the long-term truth of the matter. If private people (or the “people” we call corporations) own the natural opportunities that are needed for all production, then everything that makes production more efficient will ultimately benefit landowners. That’s where the real weariness comes from. Nowadays, we live and work in a global economy, and globalization stuffs the coffers of monopolists everywhere. There seems to be nothing we can do. If we want affordable goods, we’d better accept the Big-Box. If we aren’t willing to lose the material benefits of international trade, then we must accept the deals we’re offered.

Do nations absolutely have to play this game? Is there no other option than penurious self-sufficiency, or globalized plutocracy?

There is much talk about how multilateral trade pacts “erode national sovereignty” by undemocratically trading away regulatory authority. But, it behooves us to look at the big picture and recognize that such deals really involve the crumbs left over after most of a nation’s pie has long since been given away. What, after all, is the fundamental element of national sovereignty? At base, it is the jurisdiction and control over the nation’s land. Today’s nations have long since relinquished that sovereignty, by allowing private interests to pocket the rent of their sovereign land. Land’s value is created by the entire community, including government’s infrastructure investments. To provide that public infrastructure, however, governments impose burdensome taxes on all of their wealth-producers — merchants and traders among them.

Every national economy in the world today strains, to greater or lesser degree, under the dead weights of these institutional blunders. Thus constrained, it seems unthinkable to lose the benefits of international trade. Environmental and worker-safety standards would be nice, but — hey, jobs are at stake.

But there is a clear alternative. The deadweight losses of current tax policies are far greater than the benefits conferred by trade pacts. Let’s say a nation were to bravely implement a rent-as-revenue policy — and, bravely, insist on retaining high environmental and worker-safety standards. Trade sanctions would kick in; export markets would shrink. But! All kinds of valuable locations and resources, squandered by speculative investors, would be released for productive use. The nation’s domestic demand for goods and services would increase, more than making up for the exploitative, unhealthy export markets it would lose. Our goodhearted progressive friends, fighting to curb the evils of globalization, need to understand this.