In the United States, the holiday honoring workers is Labor Day, which falls on the first Monday in September. This year, 2003, Labor Day is September 1. Elsewhere in the world, May 1 is a common labor holiday.

Why is labor so celebrated, and why is labor not really honored? Why is labor feted in form, but little honored in substance? Why do those who decry the oppression of labor fail to advocate the reform that would best benefit labor?

Labor union leaders want legislation requiring workers in particular industries to be union members. They want the state to enforce picket lines and strikes. They seek laws mandating minimum wages, double pay for overtime work, pay for parental leave, and unemployment insurance. But the one law they do not call for is the abolition of taxes on wages.

Those who fancy themselves to be “progressive” complain about the flight of jobs to foreign countries. They criticize the government for high unemployment. They rally against sweatshop labor. They blame corporations for the exploitation of labor. But I never hear them call for the elimination of taxes on wages.

The single most important reform that labor would benefit from is to have wages free of all taxes. That includes not just income taxes on wages earned but also the taxation of wages when they are spent; value-added and sales taxes are just as much takings from wages as taxes on income. If you have to pay $10 to be in a room, it does not matter whether you have to pay the $10 when you enter or leave the room. The bottom line is that you have paid $10.

Governments all over the world tax labor heavily. It is as though labor were some kind of crime or evil that has to be punished. Taxing wages does not just reduce the take-home pay of the worker. Part of the cost is also borne by the employer. If the supply of labor were completely fixed and rigid, labor would bear all the tax. But in fact, with higher wages, more people want to work. So employers cannot arbitrarily lower the wage offer; they will not get enough labor if the wage they offer is too low. So some of the tax on labor is paid by employers as higher labor costs. They must offer somewhat higher wages to get the labor they need.

Besides the obvious, explicit taxes on wage, there are also hidden taxes that are substantial even if not apparent. Out of his wage the worker must pay rent for his dwelling. Land values and site rents get pumped up because the financing for public works come from wages rather than land rent. A worker-tenant gets implicitly taxed again when he pays a higher rental for his dwelling because his landlord is being subsidized in the form of higher land rent.

But that’s not the end of it. The rent subsidy to landowners incites them to buy more land, and speculative demand adds to the user demand. Land prices get driven up so high the worker must live far from work in the urban fringes and then commute long distances. The worker is taxed again. We have taxed-again workers, taxed again and again and again.

The majority of the people in all countries are workers. The best policy for workers to elevate wages, reduce unemployment, increase worker security, and improve labor conditions is to eliminate taxes on wages. The ultimate resources are land and labor, so the ultimate tax is on land and labor. If taxes there must be, to untax labor, we must shift all taxation to land rent.

Why is it that we see unions and progressives demand more money wages from employers, but not the shift of taxes from wages to rent? Why is the wrath of labor directed to their employers and not to their government representatives who tax their wages away?

If taxation were shifted from wages to rent, there would be a loss of land value to the owners of the most valuable real estate, commercial and industrial land. To protect their interests, the landed interests indoctrinate the masses to think that the conflict is between labor and capital. They tuck land into capital and mask rent in profits and interest. Faced with high housing costs, people seek subsidies, which further pump up land values at the expense of wages.

But labor advocates can’t see beyond the immediate appearances, the companies which hire workers. They don’t look beyond treatments of effects. They can’t be bothered to investigate ultimate causes.

If we want to be honest, we should change “Labor Day” to “Landowner Day,” because labor policy benefits land owning instead of labor, and labor leaders do little to change this. Have a happy Landowner Day! 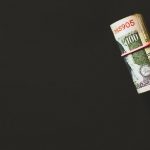 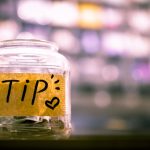 The Bridge to Economic Nowhere