Joseph Stiglitz says that “Inequality is Holding Back the Recovery”. He’s right, but he gives the wrong reason, that “our middle class is too weak to support the consumer spending that has historically driven our economic growth.” This “Keynesian” spending model does not effectively address inequality and thus can lead to poor policy prescriptions. The real reason inequality stalls the economy is that natural resources and capital are monopolized at the top, kept away from the middle class that could invest them far more productively.

In my view, it is not the loss of middle class spending that holds back the economy; it is the loss of middle class investment. How so? Investment includes not only small business entrepreneurship, but also education. Middle class investment is crucial, because the middle class gets a much higher return on investment than the One Percent and big corporations. Not because the middle class is extra savvy. Rather, a shortage of capital — often borrowed on credit cards or as home mortgages — forces them to use what little they have more prudently. (To get a really high return on investment, be poor! A high school education can yield 40 percent!) Precisely because cash is tight, small businesses create far more jobs per dollar invested than do big firms, especially giant resource firms like Exxon-Mobil.

Stiglitz received the Swedish Bank “Nobel” Prize for showing how “asymmetric information” and “risk aversion” gum up capital markets, keeping capital from moving from where it’s abundant to where it’s scarce — a phenomenon economists call “capital market failure.” Consequently, return on investment varies inversely with wealth or firm size. The greater the inequality, the greater the failure. Today’s multinational corporations and banks get miserable returns. For example, in an article appropriately titled, “Dead Money” (11/01/12), The Economist reports how major corporations trim real investment — such as new technology — while piling up cash. Firms in the S&P 500 held about $900 billion in cash at the end of June, up 40 percent from 2008. The Economist dismisses the conservative claim that “meddlesome federal regulations and America’s high corporate-tax rate is locking up cash and depressing investment.” Why? All big multinational firms have been hoarding cash, not just US-based ones. It’s been a growing trend since the 1970’s, paralleling growing inequality. Meanwhile, JP Morgan’s ending 2012 balance sheet shows that out of $2,359 billion in assets, JP Morgan holds $922 billion in “Cash and Short-Term Investments” — over a third! (Half the “short-term investments” are “Trading Account Securities” — gambles in the international money markets.) As recently reported by Bloomberg, the TBTF banks would make no profits without some $83 billion in annual taxpayer subsidies.

The argument that spending instead of investment drives the economy leads to Paul Krugman’s “Keynesian” policy prescription: government should just spend big time to stimulate the economy, never mind on what or how financed. But if it’s investment that counts, then quality and financing matter. Government should spend on high return investment in schools, health care, urban infrastructure and other services that complement middle class investments and create middle class jobs. Money is wasted if spent on roads and bridges to nowhere, let alone on the military. (Research by Heidi Garrett Peltier at U Mass Amherst shows military spending creates very few jobs per dollar.) And as much as possible, funding should come from taxes on the rich and big corporations. Government borrowing — deficit finance — just gives the One Percent a nice safe place to park its cash. 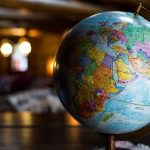 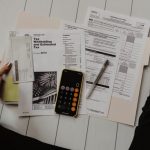