It’s amazing how we calmly accept the most absurd things, simply because they’ve been that way for a while. Today’s example is the notion that cities are nasty, brutal, crime-ridden places packed with poor people. Why should it be in what way? What makes it that way? No idea; it’s just how things are, in a place like Camden, New Jersey.

Camden is, and has been for some time, the United States’s poorest and most dangerous city. But that characterization isn’t really fair. Every major US city has areas in it like Camden. It’s as though the South Bronx of 1980 were an autonomous municipality. It could be that Camden’s notoriety is simply a matter of its bad luck in the game of drawing up municipal boundaries. The city’s industrial past is long gone; Campbell’s Soup and every other major employer have left; the city has hit skid row, and neither Philadelphia just across the river (which, after all, has its own problems) nor the very comfortable next-door suburb of Cherry Hill, with its burgeoning property tax revenues, are eager to help. In fact, Camden had been getting too much help, according to Governor Chris Christie, who said in a 2011 interview, “The taxpayers of New Jersey aren’t going pay any more for Camden’s excesses.” Camden has been relying on some $60 million per year in state aid to provide minimal city services.

A plan was implemented to disband Camden’s police force, which was supported in its difficult (if not impossible) work by public safety unions. After a short period of near-total anarchy, the police department has been replaced, at a lower pay scale, by a county-wide force. Matt Taibbi’s long Rolling Stone article described a few ride-along he took, and although the new Camden County force will be using all manner of state-of-the-art surveillance technology, it doesn’t sound like they’re going to be able to make the merest dent in Camden’s crime rate, under current conditions. Taibbi makes many comparisons between police work in Camden and being part of the occupying force in Fallujah or Mosul.

People understand that the police are outgunned and unwelcome. Bystanders routinely converge on officers, who must, in chase situations, make the life-or-death decision of whether to abandon their partner or their cruiser.

Taibbi also described a conversation he had with a couple of junkies in the city’s sole McDonalds restaurant (almost everyone Taibbi interviewed was either a policeman or a junkie). I did a double-take. A city of 77,250 souls with only one McDonald’s? I did some checking (McDonalds makes it very easy to find their locations), and it’s true: there is only one McDonald’s restaurant in the city of Camden, at Haddon Ave. and Federal Street — directly across from the Camden County Police Headquarters. Next door, Cherry Hill has five McDonalds (and many finer eateries) in roughly the same geographical area.

This shouldn’t surprise us. The ubiquity of McDonalds has brought the chain into the service of development economists as a measuring tool. Recognizing the difficulties involved in accurately comparing the value of different national currencies, they have utilized the Big Mac as an indicator. Studies suggest that the price of a Big Mac is a highly reliable and consistent measure of the purchasing power of the local currency. Well, friends, here’s another indicator: it is well known that McDonalds makes much more money flipping real estate than flipping burgers; it buys high-traffic sites, lets a franchisee do the work for an optimum number of years, and sells the site for a vast profit. Obviously, when we look at Camden’s inability to meet its police payroll, we see that Camden’s real estate values are quite depressed; opportunities in Cherry Hill are, apparently, 500% better. So there’s our indicator: the number of McDonalds a city sports per square mile should be a clear measure of its economic health, as quantified in its land’s rental value. Research grants, anyone? 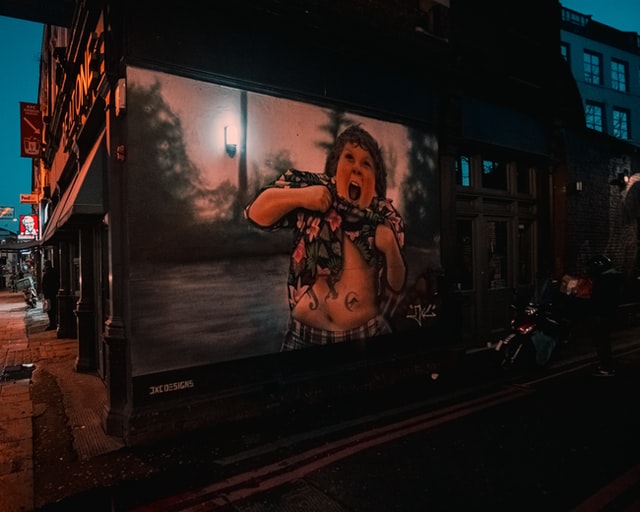 But back to poor, benighted Camden. In the late 1980s Camden was building its impressive aquarium, promoting its waterfront and its minor league baseball park, as though such things could arrest the city’s decline. Those things are prominent on the state’s tourism website (how many of us are considering a vacation in Camden?), but seem to have brought the city little benefit. It’s not that Camden’s economy hasn’t taken advantage of tourism, however. It’s just been more of an off-the-books sort of thing. Many states, after all, have turned to vice to meet stubborn budgetary realities. Casinos are widely seen as a way to ratchet up a state’s revenue. Others, such as Delaware or Virginia, take advantage of neighboring states’ restrictive laws on alcohol sales, or high cigarette taxes. Camden’ s entrepreneurs are right in line with this tradition. Camden has become known as the place to go for the best, edgiest drugs around. Taibbi reports,

when Camden made the papers a few years back after a batch of Fentanyl-laced heroin caused a series of fatalities here, it attracted dope fiends from hundreds of miles away. “People were like, ‘Wow, I’ve gotta try that,’” says Adrian, a recovering addict from nearby Logan Township who used to come in from the suburbs to score every day and is now here to visit a nearby methadone clinic. “Yeah,” says her friend Adam, another suburban white methadone commuter. “If someone dies at a dope set, that’s where you want to get your dope.”

It seems that a large portion, if not a majority, of Camden’s prostitutes and junkies are white, and come from Philadelphia or the surrounding suburbs. There is a macabre irony in this — a bit, maybe, like that of a long-denied, nearly extinct Native American nation raking in cash from a reservation casino in a non-gambling state. But at a terrible price. A spin through North Camden via Google Maps (hey, I’m a coward; I’m not going there in person) shows as forlorn and bombed-out an urban landscape as you could ever imagine. “Why is it that a city… with no insurmountable physical handicaps,” wrote James Baldwin in 1970, “should be so relentlessly uninhabitable?”

I keep coming back to the juxtaposition of Camden and Cherry Hill, its comfortable neighbor, where property taxes are high and kids head off to four-year colleges. But a look at Google Maps shows that the folks in Cherry Hill probably don’t need to worry about invasion. There is the Cooper River, along which runs Highway 30 on the Cherry Hill side, and a series of wooded parks on the Camden side; that seems buffer enough — though one suspects that a fair number of kids from Cherry Hill cross the river to check out Camden’s High Life.

What’s the solution? Is there one? Well, we know that Chicago rose from the ashes of its great fire in 1871. San Francisco rebuilt itself with startling speed after being devastated by the earthquake of 1906. Camden’s devastation, while slower to hit, has been of a similar magnitude. It’s likely that Camden could — under the guidance of enlightened leaders, and if all the cards fell the right way — utilize the Henry George Theorem to rebuild its economy and its civic infrastructure. Much of the land in Camden right now, after all, has a negligible market value. So, let Camden’s people have it, for free, and tax them not one cent on the improvements and renovations they create on it. How many absentee owners, do you suppose, sit on blighted lots in Camden right now?

Today, Camden, New Jersey is a third-world city. One key feature of a third-world city’s economy is that a great deal of it is not officially counted, regulated or taxed. So where do all of Camden’s drug dealers spend their money? How about if we give them some options, in a growing local economy? Forget about arresting the pushers and prostitutes; that’s a losing game from the start. Let alternatives grow, untaxed, from the ground up. There are a lot of people in Camden, New Jersey — as in any other blighted town, the world over — who would like to be doing something better. Let Camden find its own way. Then, Chris Christie and the Cherry Hill suburbanites will be able to keep their money; Camden won’t need it.